Fabulously authentic, Portugal has managed to retain its time-honoured rustic glory in the face of decades of devoted tourism. Portugal’s air of quiet confidence owes itself to its effortlessly exquisite culture and traditions. While holidaymakers continue to flock to favoured sandy settings, the country has undergone a rebirth in recent years, resulting in Portugal’s heritage and distinct heartlands coming to the forefront. Portugal vows a wealth of discovery for lovers of culture and history, having been endlessly settled, invaded and battled over since prehistoric times. Due to its varied countryside, it also offers world-class wine and artisanal produce that makes for delicious regional specialities like the humble pastel de nata.

From the bohemian neighbourhoods of Lisbon and the rolling hills and vineyards of the Douro Valley to the unspoilt coastline of the Algarve, we’re sharing our pocket guide to Portugal. While small enough to navigate easily, Portugal is hugely diverse, and our expert knowledge will help you explore its depths. If you feel inspired, please call our Travel Specialists on 01 260 0240 or email us at info@orokotravel.ie.

Becoming Portugal’s capital in 1255, Lisbon is one of the oldest cities in Europe and was once thought to be the furthest edge of the known world. Colourful buildings and unique Pombaline architecture define Lisbon, giving the city a strong neoclassical character. Lisbon is guarded by seven hills, spread across the cityscape and capped by a collection of miradouros or viewpoint terraces, offering a web of views over the city and beyond. A city for foodies, its strategic seaside position means a bounty of fresh seafood rules the city’s kitchens, from Michelin-starred restaurants to the gourmet food markets we love to stroll. Head to Mercado da Ribeira for a feast of street food and to sample bacalhau à brás, Portugal’s national dish followed by the world’s most famous custard tart at Pastéis de Belém, retaining the secret recipe that has never been modified, sold to the bakery by the monks of the Jerónimos Monastery in 1834. Discover the bohemian neighbourhoods of Lisbon including the emblematic neighbourhood of Bairro Alto, the cultural district of Chiado, the historical centre of Baixa Pombalina and the picturesque neighbourhood of Alfama, known as Lisbon’s medieval old quarter. At night, the tranquil streets transform into a flurry of exciting nightlife. 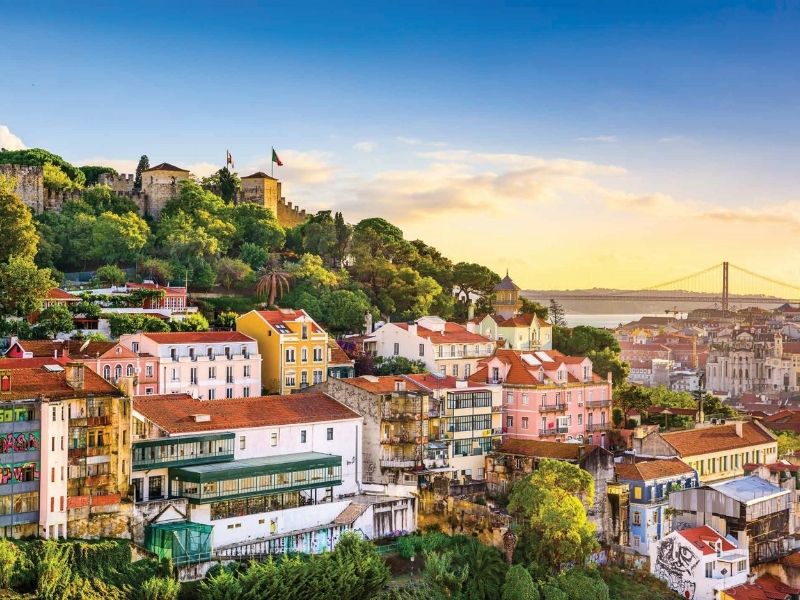 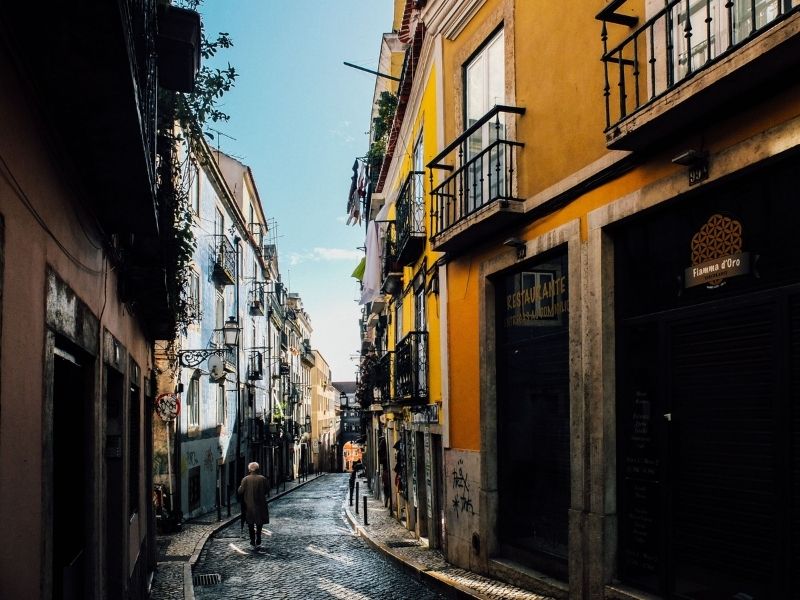 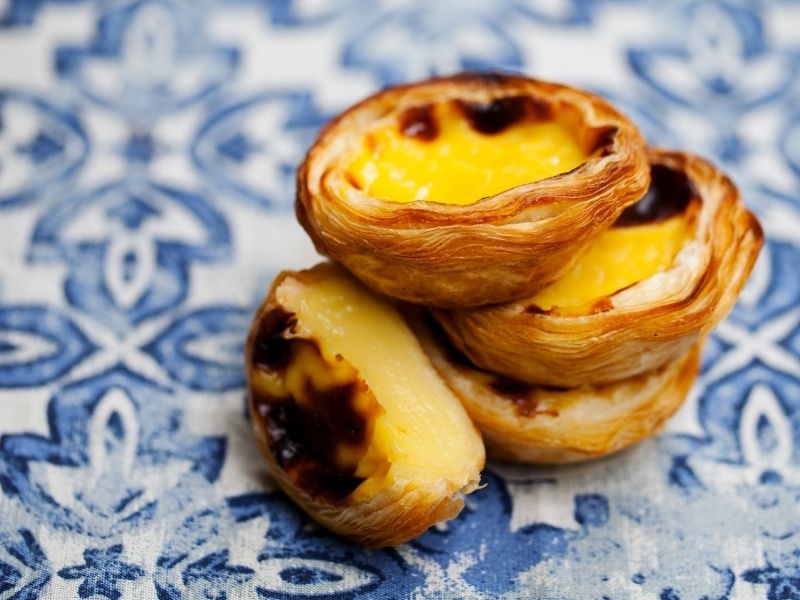 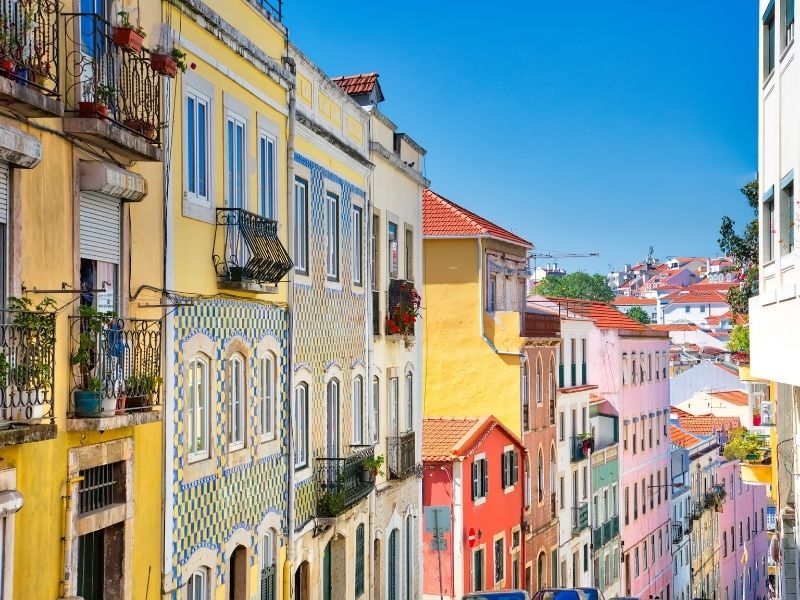 ‹
›
View all of our luxury holidays to Lisbon

Rising from the banks of the Douro River and stretching across Portugal’s northern border with Spain, the Douro Valley is the oldest demarcated wine region in the world. Where the Romans once made wine some 2,000 years ago, villages like beautiful Lamego sit atop steeply terraced vineyards carved into the valley’s walls. Known as the birthplace of port wine alongside seasonal produce such as wild mushrooms, find world-class eateries and watering holes scattered throughout the valley, serving local port, wine and amazing traditional delicacies. Discover how local ingredients can be used to create delectable dishes with a private cooking class. Or simply, experience the cuisine by allowing us to book tables at some of the top restaurants in Portugal. Be sure to visit the century-old, Quinta do Bomfim Winery or Quinta do Crasto, as no trip to the region is complete without a private wine tasting. For something a little extra special, sail the Douro, enjoying various tastings at local farms or journeying to its famous prehistoric rock art. As you meander down the river, witness several engraved panels including carvings of the now extinct auroch.

On the mouth of the Douro River, the charming harbour city of Porto offers delicious food, a wealth of Portuguese history and a thriving culture, all washed down with its namesake fortified wine – port. We adore wandering through the many mazes of cobblestone lanes, admiring 19th-century architecture and idiosyncratic street art that gives the city a modern flair. Look out over the shimmering harbour with a glass of wine and spend hours touring its bohemian markets and boutique shopfronts, stopping by traditional bakeries, chocolatiers and cafés along the way. Sample sumptuous seasonal offerings from a selection of outstanding restaurants while sipping a glass of wine from the nearby Douro Valley during a wine tasting. Step aboard the 19th-century tram and journey through the beautiful boulevards of the city and along the river before exploring Livraria Lello, one of the world’s most beautiful libraries. 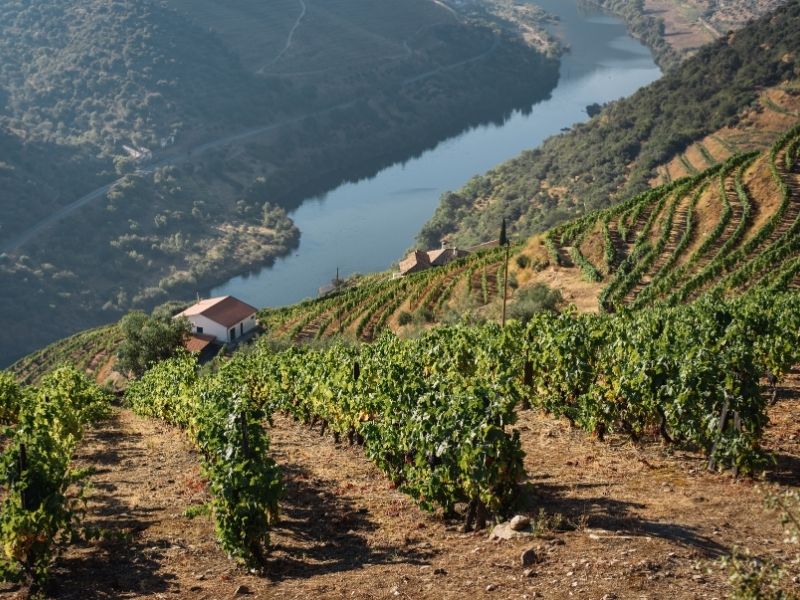 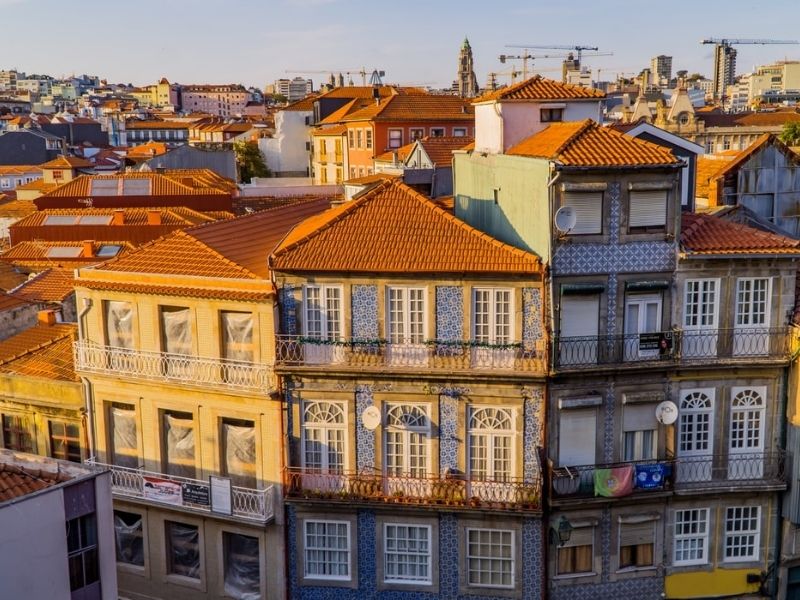 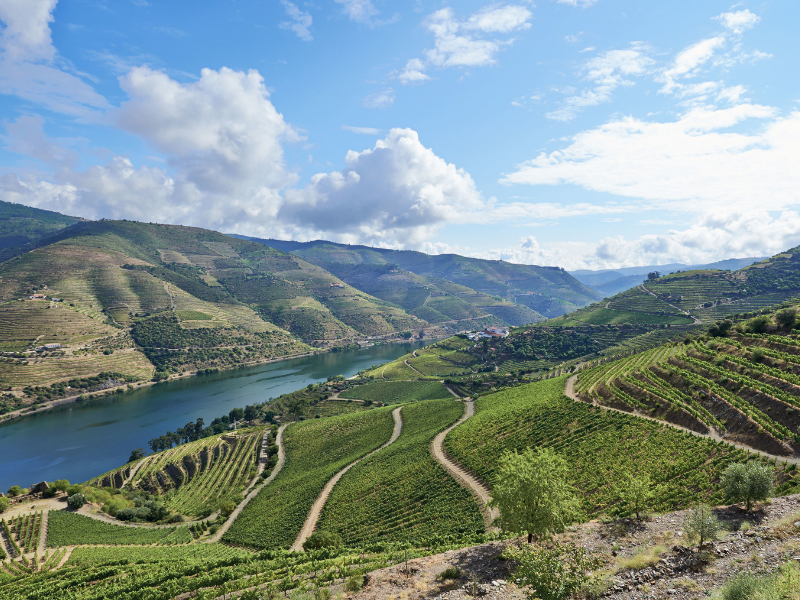 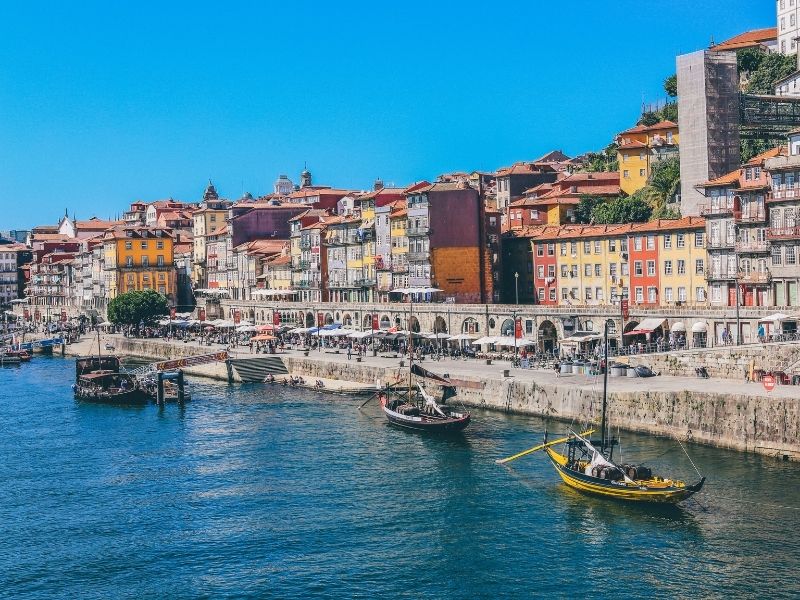 ‹
›
View all of our luxury holidays to the Douro Valley

Covering one-third of Portugal, the great Alentejo is vast in its diversity and often described as the Tuscany of Portugal due to its rustic landscape home to world-class vineyards and bucolic hilltop towns. The rugged western coastline is defined by deserted surf beaches and charming, white-washed hamlets. To the east, the border with Spain offers medieval walled towns and impregnable forts. The north is characterised by golden plains and chartreuse vines, while the south is where the Mediterranean sun is at its best. Largely rural, central Alentejo is filled with cork oaks, producing two-thirds of the world’s cork. Relish in unlimited relaxation in some of Alentejo’s wonderfully rural properties, with days spent lounging by the pool or exploring vineyards. Make your way to Monsaraz for a scenic canoe excursion on Lake Alqueva, stopping in the little town of Azeitão, famed for its glazed tiles. Far away from light pollution, make sure to take in the sight of many glittering stars at the Dark Sky Reserve. For some quiet beachside luxury, we love to slip away to Alentejo’s upscale seaside freguesia of Comporta. This is a different and totally captivating side of Portugal. 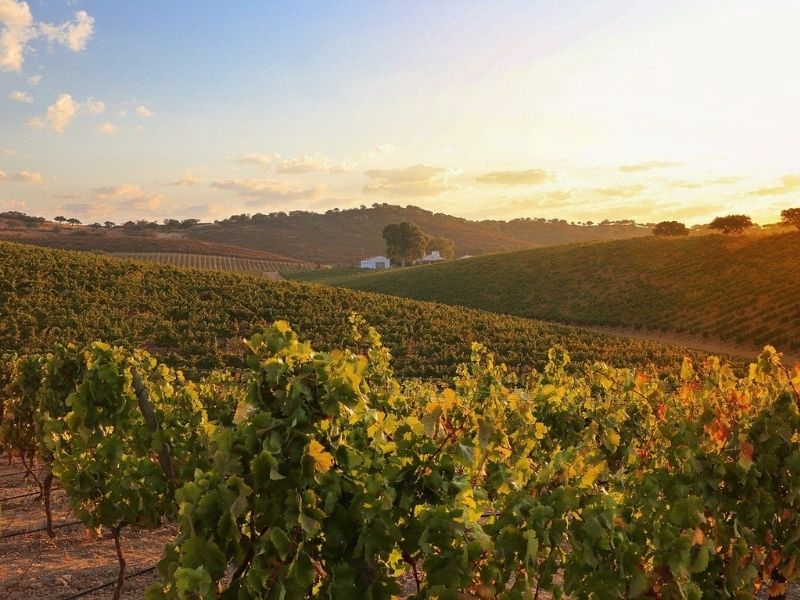 Enjoy a day of tasting the spectacular wines of Alentejo 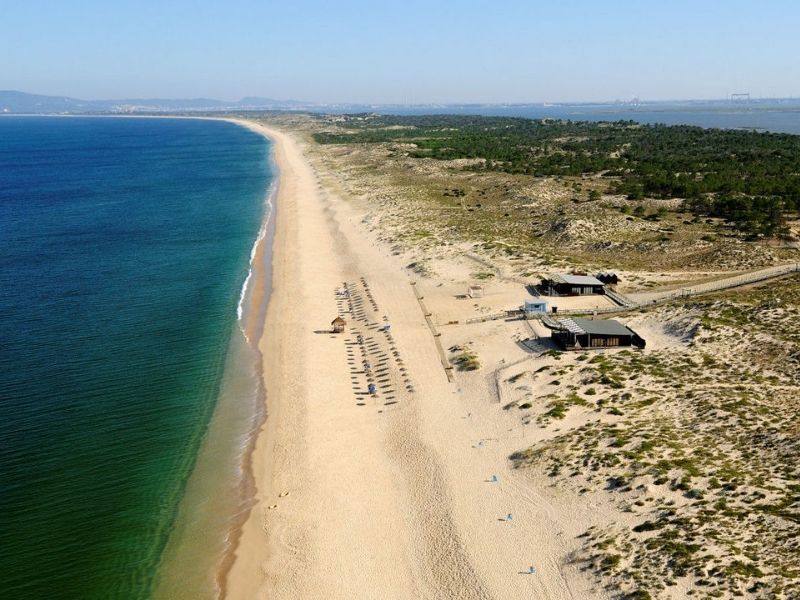 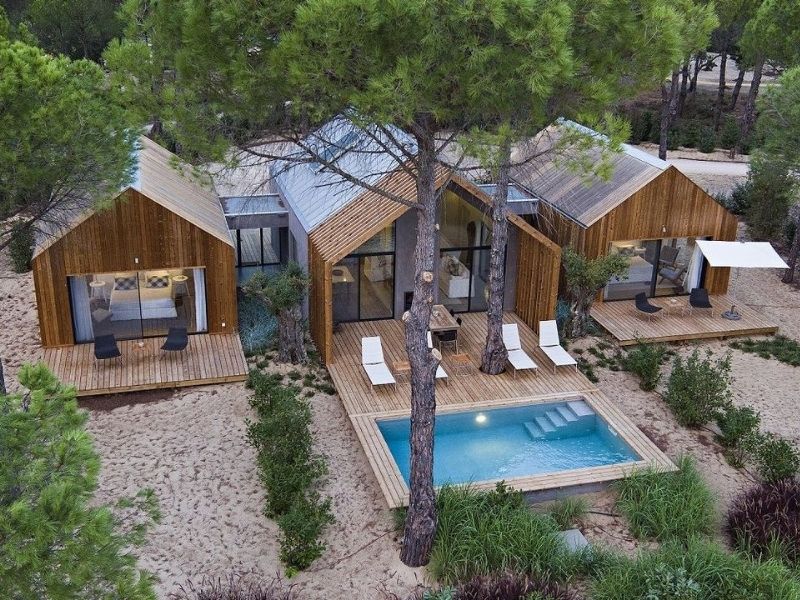 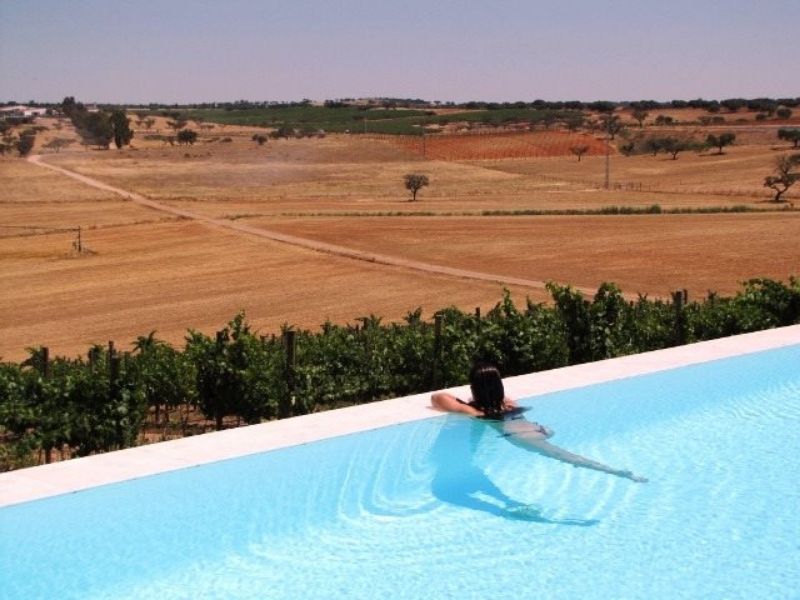 The Algarve speaks for itself. Stretching across Portugal’s southern coastline, the Algarve is a firm favourite when it comes to summer holidays. Its pristine beaches, burgundy cliffs and whitewashed towns are visually stunning, and combined with the Mediterranean sun, it makes for a sensational destination for both couples’ and family beach holidays. Stay in one of our hand-picked resorts, enjoying endless relaxation and unlimited activities including a variety of water sports and dolphin watching.

Delve a little deeper and you’ll find all the joys and wonders of Portugal’s fascinating history hidden amongst the seaside splendour. Its antiquated past is displayed in the churches, adorned in gilt-carved wood, influenced by the colonisation of Brazil that saw gold and fine woods arriving in the Algarve in the 18th-century. Our expertise also brings us away from the tourist-heavy spots and towards rural highlights like Moncarapacho and Vila Nova de Cacela, some of our favourite places to rejuvenate. With miles of sandy beaches and plenty of luxury resorts, it is easy to forget the wealth of fine cuisine on offer in the Algarve. From ultra-luxury Michelin-starred dining in Quinta do Lago to family-run establishments serving fresh seafood along the coast, guests of the region are spoiled for choice.

Located in southern Portugal’s Algarve region, Lagos is known for its walled old town, rocky cliffs and stunning Atlantic beaches, but it also played a monumental role in Europe’s history. The “Age of Discoveries” began in Lagos, becoming the Portuguese centre for exploring the seas. It is home to the geological wonders of Ponta da Piedade, the beautiful group of yellow-golden cliff-like formations and Benagil Cave, a remarkable seaside cave known for a distinctive hole in its roof. For a touch of culture, we love to stroll the city and admire its Moorish and Renaissance architecture. 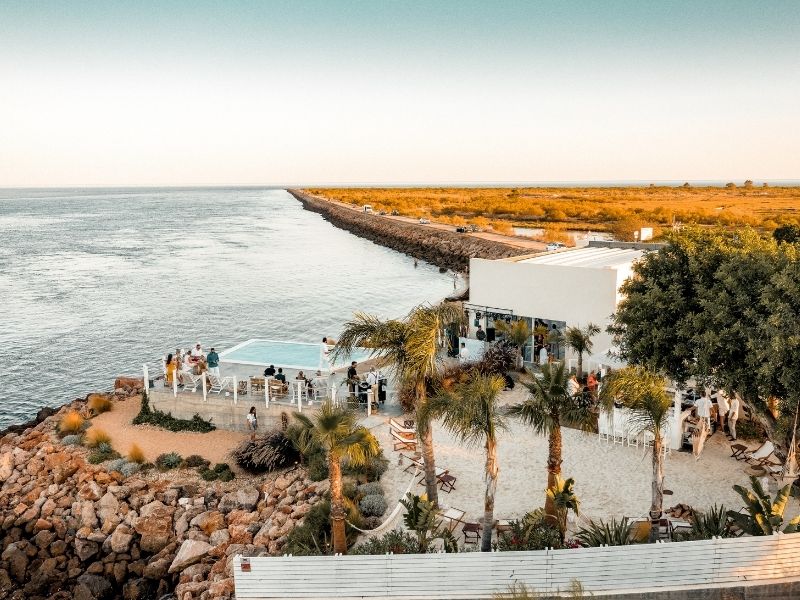 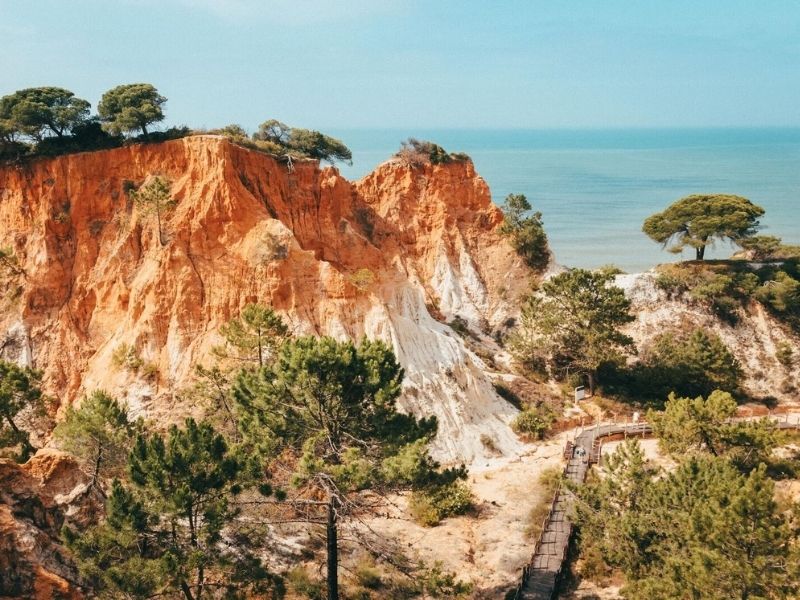 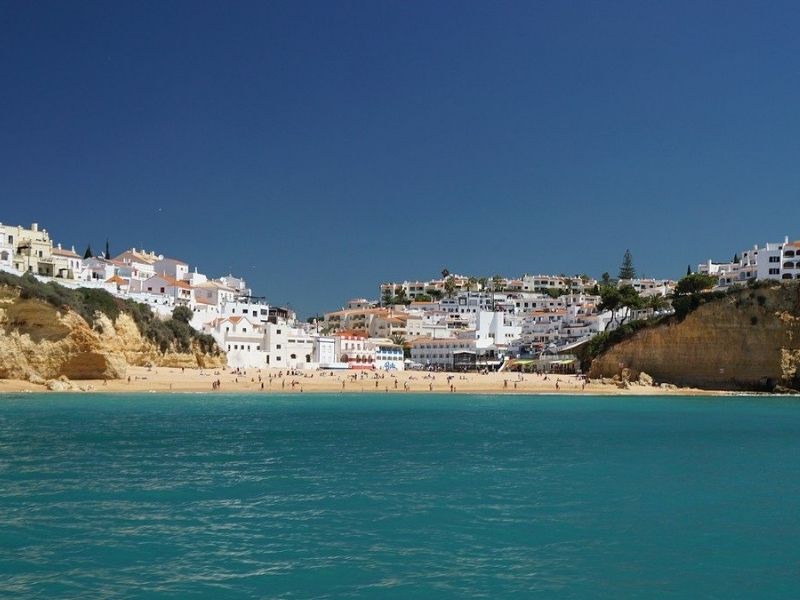 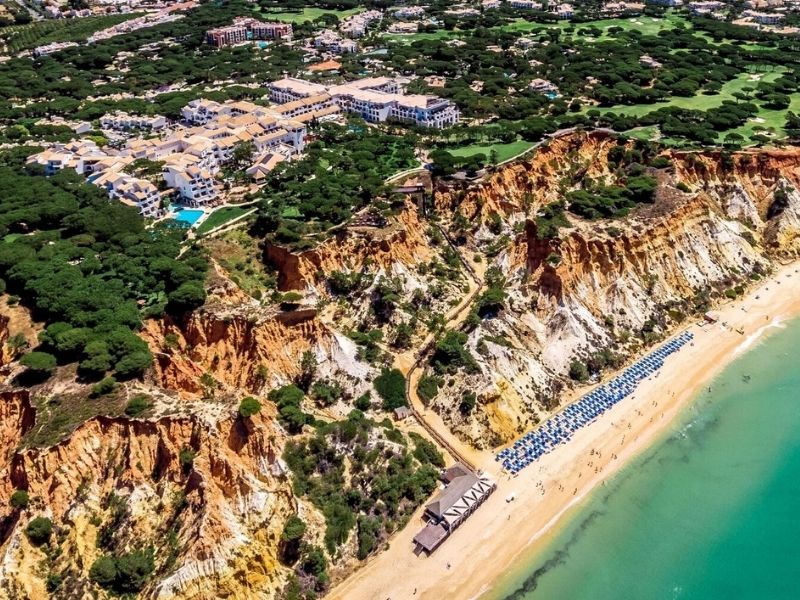 Pine Cliffs
‹
›
View all of our luxury holidays to Algarve

Our top destinations for a European beach holiday

What to pack for a safari