Our search for the extraordinary: why we travel to the ends of the world

Where it all began.

It is not much over a century since the treacherous expeditions to reach the Poles were accomplished and already, travel to the ends of our earth has become accessible to the everyday explorer. While today’s luxury Arctic and Antarctic cruises may be poles apart from the dangerous voyages of the past, the core desires to escape reality and experience something truly new remain unchanged.

When Irish seaman Tom Crean set out on his first Antarctic expedition in 1901, he was in for a thrilling, perilous adventure. A far cry from his poverty-stricken village on the Dingle Peninsula, the vast frozen realm was ripe with mystery. The expedition saw Crean and his fellow crewmen reach the furthest point south any human had been at the time, just 500 miles shy of the South Pole. However, the journey was harsh. Their ship spent two years entrapped in ice and when not aboard, Crean’s escapades included being caught in temperatures as low as -54°C and falling through thin ice into frigid waters. He barely escaped with his life. Despite the lethal conditions he found himself in, the Antarctic continued to call to Crean. He returned on two more expeditions, each more dangerous than the last. Stranded on ice circled by killer whales, a 56 km solo trek through a blizzard to rescue his companion and perilous weeks spent on a lifeboat in the notorious Weddell Sea – the Antarctic tested Crean over and over and yet he seemed drawn to the magnificence of the icy continent. As one of Crean’s captains wrote, “We had pierced the veneer of outside things. We had suffered, starved, and triumphed, grovelled down yet grasped at glory, grown bigger in the bigness of the whole”.

The allurement of the polar regions continues to beckon.

More than a century later, the treacherous conditions Crean faced during his explorations are nigh unimaginable but his yearning to travel to the ends of the earth touches upon a core human compulsion, the search for the extraordinary. As the world becomes more and more accessible, it appears smaller and the extraordinary can become the mundane. However, the allurement of the polar regions continues to beckon us with their unfamiliar white wildernesses, fascinating wildlife and powerful elemental forces. Although few would be willing to live through the chaos of the polar explorations, the far corners of the earth continue to entice us with the prospect of being part of the bigness of the whole. Luckily, searching for the extraordinary no longer poses the extreme risks that Crean and other explorers faced, and polar adventures have become an obtainable holiday option.

Penguin, puffin, whales and polar boars in the Polar Regions. 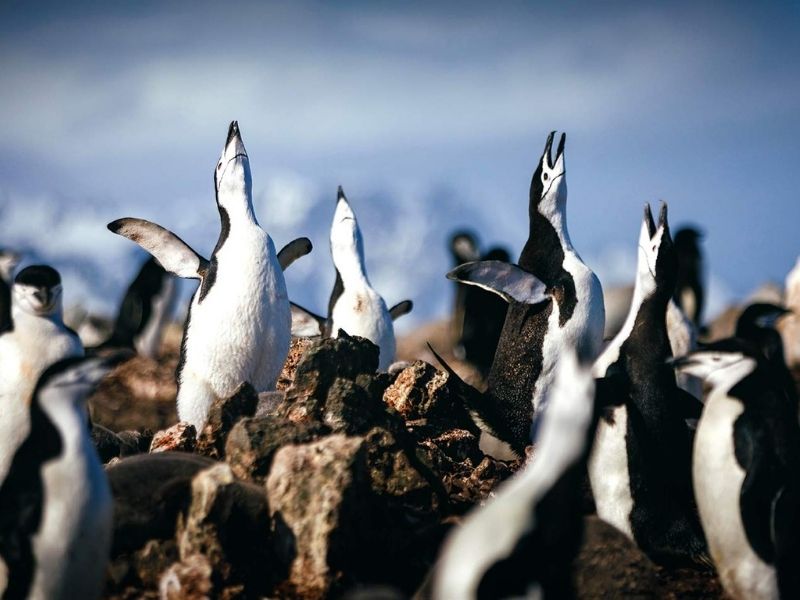 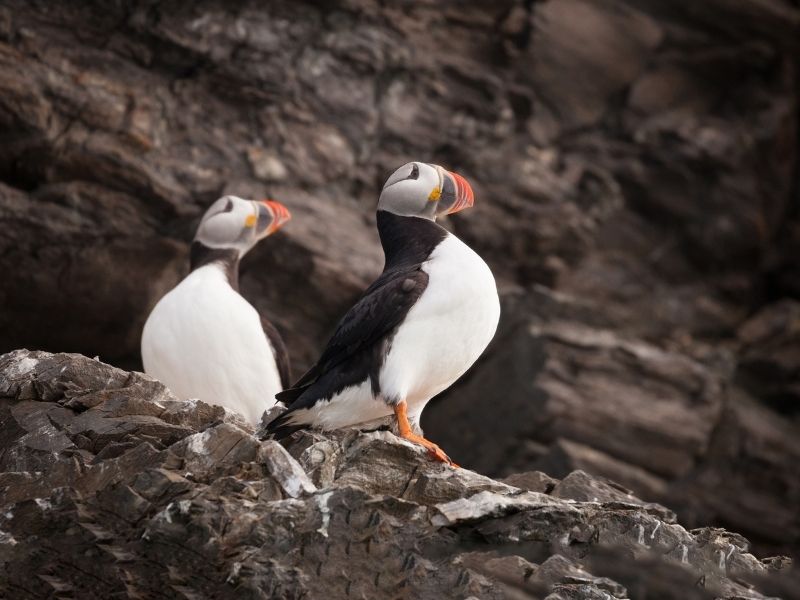 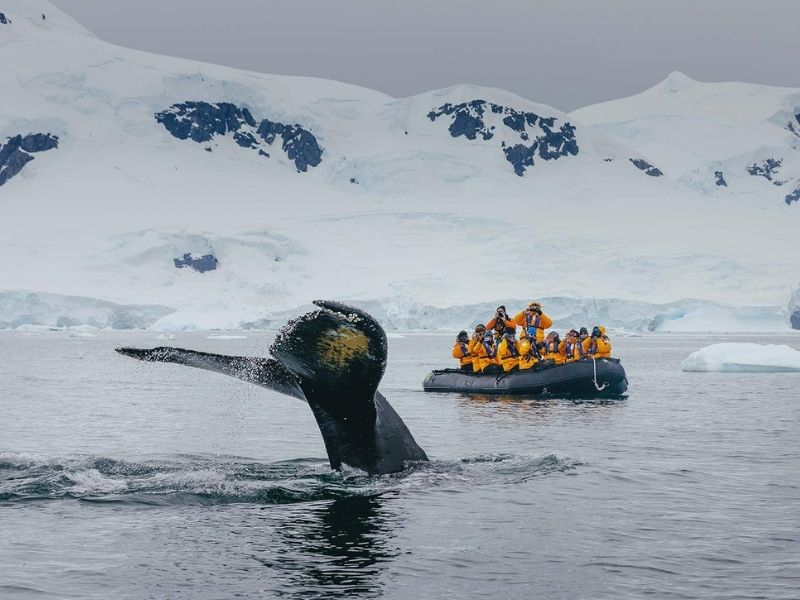 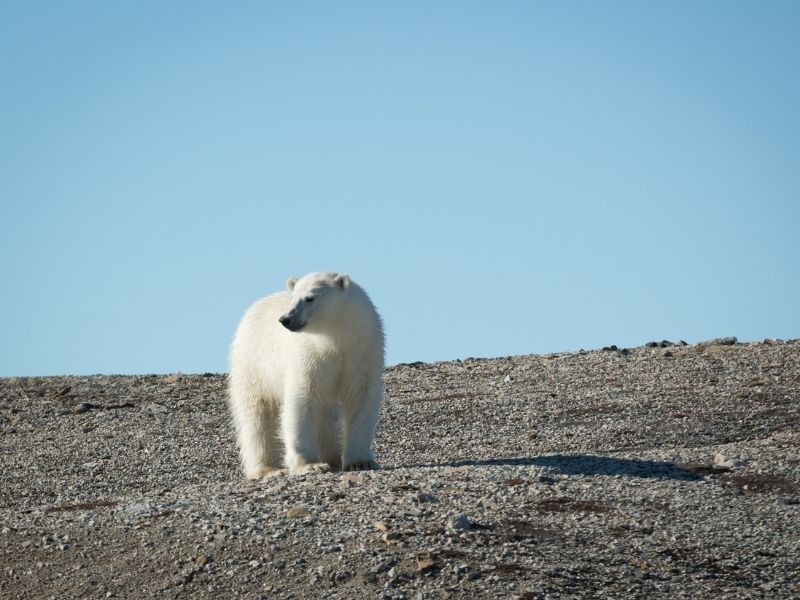 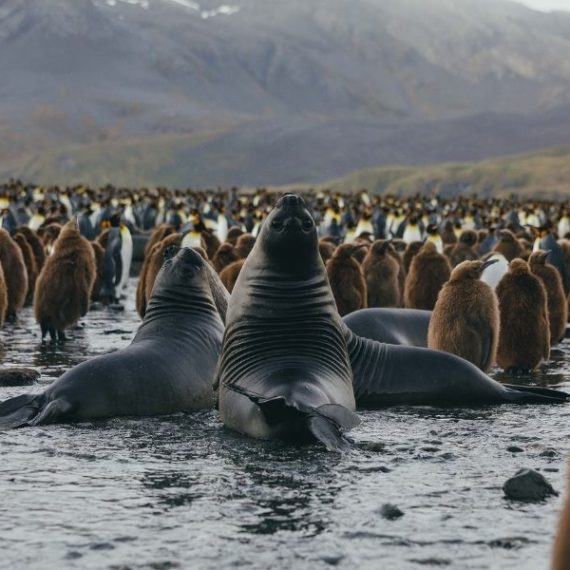 “While today’s luxury Arctic and Antarctic cruises may be poles apart from the dangerous voyages of the past, the core desires to escape reality and experience something truly new remain unchanged“

Go-go boots, lava lamps and Antarctic holidays. That’s right, tourism to Antarctica began as early as the 1960s, first by sea travel and later by sightseeing flights. The first few decades of Antarctic tourism were slow with not more than a few thousand annual visitors. It was only in the nineties the trend really took off, with the continent quickly gaining thousands more tourists every year. In the 2019/20 season, more than 70,000 people visited the Antarctic, showing that the poles are not only magnetic in their fields but also in their draw of the inquisitive tourist. As Antarctica has no native human population and does not belong to any country, it poses an interesting dilemma – who regulates travel. Instead of a traditional visa method, the continent is regulated by the Antarctic Treaty which stipulates that a permit is needed to visit the region. This permit is granted to tour operators by relevant local authorities of the treaty’s signatories, up to 54 countries as of 2020. This means, travelling to the continent independently for the average Joe is virtually impossible (not to mention very dangerous!). The treaty ensures the continent remains a zone of peace, allowing the extraordinary native wildlife to thrive which, in addition to the majestic blue and white landscapes, is one of its biggest draws.

Why we travel to the ends of the world.

Birds dominate the Antarctic landscape, both on the land and in the sky. Penguins have become the emblem of the continent and with eighteen different species to be found, it’s easy to see why. Huge colonies of these striking black and white flightless birds are scattered across the region, ranging from sizable breeds of emperor and king to smaller macaroni and chinstrap varieties. The Antarctic skies are filled with mighty albatrosses, petrels, fulmars and hundreds more bird species. Furry seals glide majestically through waters and rest on icy shores. Migratory whales of all types and sizes swim the waters, from the iconic orca to the colossal blue whale. These ethereal animals add to the otherworldliness of the Antarctic in its extreme remoteness.

On Earth’s other end, the Arctic also attracts its fair share of tourism. The region largely consists of the vast Arctic Ocean and its adjacent seas, but unlike its southern counterpart, the Arctic dips into many countries with the USA, Canada, Finland, Greenland, Iceland, Norway, Russia and Sweden laying claim to various parts. For this reason, the origins of its tourism are harder to trace. Moreover, not only have explorers and travellers flocked here to discover its diverse flora and fauna, but the Arctic has also long been home to indigenous populations. Archaeologists have traced inhabitants of Alaska and Canada’s arctic regions as far back as 2500BC. Nowadays, many Arctic peoples have migrated across regions of Greenland, Eastern Russia, Canada and the US, the most well-known of which are the Inuit. Hence, the Arctic is home to many cultures that seamlessly blend with the surrounding nature and its rich traditions of hunting, fishing and herding.

Inescapable beauty surrounds you in the tapestry of Arctic scenery. Snow-capped fjords encase endless blankets of sea ice that rest under the dancing lights of the Aurora Borealis. The Arctic does not fall behind when it comes to fascinating wildlife either. Many of its fluffy mammals resemble silvery doppelgangers of more familiar animals. Arctic foxes and wolves, snowshoe hares and polar bears are among the fair creatures of the region. It is also home to cute critters like lemmings, ermines and sea otters. In grassy and snowy plains, you can find moose and herds of musk ox and reindeer. Arctic shores are home to various seal species and burly walruses. Seas are patrolled by sharks, beluga whales and narwhals while skies are guarded by snowy owls, bald eagles and puffins. Nature here is as diverse as it is beautiful.

While the treacherous voyages of explorers like Tom Crean are now a thing of the past, sea travel continues to be the most popular means to explore the polar regions with a substantial increase of tourists visiting the Arctic and Antarctic on luxury cruises in recent years. Journeys that only a hundred years ago were near death-sentences, can now be undertaken from the comfort of extravagant liners, surrounded by opulence and modern amenities. For instance, polar cruise specialists, Quark Expeditions, offer a range of cruises to the remote ends of the earth aboard their exclusive cruise vessels, allowing guests to experience the Poles in a number of ways. Their Svalbard cruise visits Norway’s realm of the polar bear and encounters the Arctic’s midnight sun in its 24-hour summer daylight. Quark’s Greenland cruise introduces guests to indigenous Inuit communities and the Northern Lights. Their North Pole Expedition can fulfil every intrepid traveller’s dream of sailing to the icy waters in a powerful nuclear icebreaker.

On the other end of the Earth, Quark offers an Antarctic Peninsula cruise that brings guests from South America through stretches of icebergs, glaciers and snow-covered mountains in the seventh continent. Quark’s cruises not only allow explorers to admire the staggering beauty of the regions from the comfort of their luxury ships but also include excursions inland, allowing guests to pierce the veneer of outside things and be fully immersed in the wildlife, nature and surroundings of Earth’s most secret destinations.

Polar cruise experts like Quark recognise the importance of our search for the extraordinary. They not only make seemingly intangible destinations attainable to us all, but they make the entire journey an extraordinary and sustainable experience. They make what once was near-impossible possible, allowing us to escape our everyday lives to experience the allure of the frozen ends of the world that have been enticing explorers since the dawn of travel.